HARTING relies on an alliance of research, industry and standardisation for single pair Ethernet. As part of this alliance, international standardisation committees have completed a multi-stage selection process in favour of the HARTING Technology Group’s SPE mating face. This also ensures planning security for the designers of new devices or sensor/actuator technology, permitting them to actively commence the implementation of SPE in the respective device technology.

The development towards ever smaller and more efficient devices in the IT world is well known. Yet, this trend is also found in other lines of business. Despite higher transmission rates and the parallel transmission of power (remote power feeding), cabling components need to be ever smaller and lighter. Based on transmission standards in accordance with IEEE 802.3, the new single-pair Ethernet technology SPE has just been integrated into new generations of automobiles and replaces CAN and other bus systems there. Controls, communication and safety functions are going to run uniformly on Ethernet in the future. This is a basic prerequisite for networked and later also autonomous driving.

SPE is now enabling the transmission of data by Ethernet using only two wires and the simultaneous power supply for terminals via PoDL – Power over Data Line. Until now, two twin wires for Fast Ethernet (100 MB) or four twin wires for Gigabit of Ethernet were necessary to achieve this. It would also be nice to use these advantages in industrial automation. SPE permits the barrier-free connection of equipment, sensors/actuator technology and much more via end-to-end IP-based communications up into the field level. By being able to integrate Ethernet interfaces onto simple sensors, cameras, reading/ID devices or similar equipment, it becomes possible to implement Integrated Industry and IIoT.

The SPE delivers a decisive advantage compared with bus systems or analogue current/voltage interfaces, as can still be found in the field level today.  This makes the field level  smart and simplifies the parameter setting, initialisation and programming. The set-up, operation and maintenance of equipment becomes more efficient and more cost-effective. SPE in machines, robots and in rail technology also help to save weight and space. The complete wiring is simpler and also considerably faster to install.

The prerequisite for large-scale use and successful marketing of SPE technology is the consistent compatibility of devices, cables and connectors. This is ensured by the international standardisation (ISO/IEC and IEEE 802.3).  At the beginning of 2018, there was a selection process held internationally by ISO/IEC for the cabling and the selection of a standardised SPE mating face, in which more than 20 international expert committees participated. Two connector faces emerged from this selection process as the preferred choice:

With SPE and a miniaturised interface, HARTING opens up completely new possibilities in automation

MICE (mechanical, ingress, climatic, electromagnetic) describes environmental conditions for installations. Thus, it provides planners and users with valuable information on the specifications of technical equipment and cabling/wiring. As part of this, the essential requirements for mechanical robustness (M), IPxx degree (I), chemical and climatic resistance (C) and electromagnetic safety (E) are described.  M1I1C1E1  describes an environment that can be found in an office building and M3I3C3E3 describes a very extreme (outdoor or industrial) environment.

For HARTING, SPE is a technology topic and the starting point for many new product developments 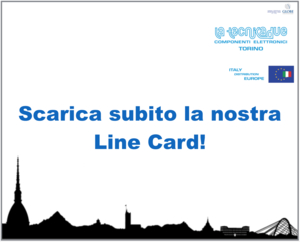